David Dvořák (18-3) flew to Las Vegas on 5th September for his next UFC fight, which should take place on 19th September in the Apex centre on UFC Fight Night: Covington vs Woodley. The organisation did not release an official Fight card as of now, nevertheless, we can confirm that the Undertaker will stand against Jordan Espinosa (15-7-1 NC) in his second UFC fight. The main fight of the event is the duel in the welterweight between Colby Covington and Tyron Woodley.

The Czech fighter flew to the USA with his two coaches – Jan Maršálek and Jakub Kašpar. After touchdown in Vegas, David will undergo a series of COVID-19 test, quarantine and the necessary weight corrections. As opposed to his debut fight, Dvořák had months of preparations for this fight, during which he trained very hard on his abilities. David promises to take his performance to the next level.

„I’m off to Vegas for my next fight in UFC. I have great months of preparations behind me, I’m feeling really good and I’m ready to do everything to win my second fight in UFC. My opponent is higher up the rankings which only adds to the challenge for me.“ said Dvořák before the flight.

Dvořák made his debut in March 2020, when he fought in Brazil against Bruno Silva (10-4-2-1NC) as a substitute. He won his debut fight in UFC after 3 rounds and made his way to the TOP 15 rankings of flyweight, where he now holds 14th place.

David becomes a new addition to the Oktagon MMA organisation. This happens after leaving XFN, which has not been meeting... 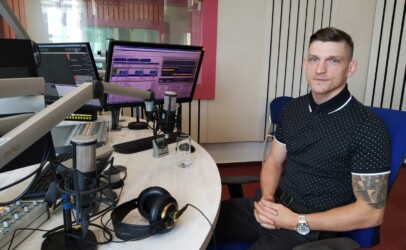