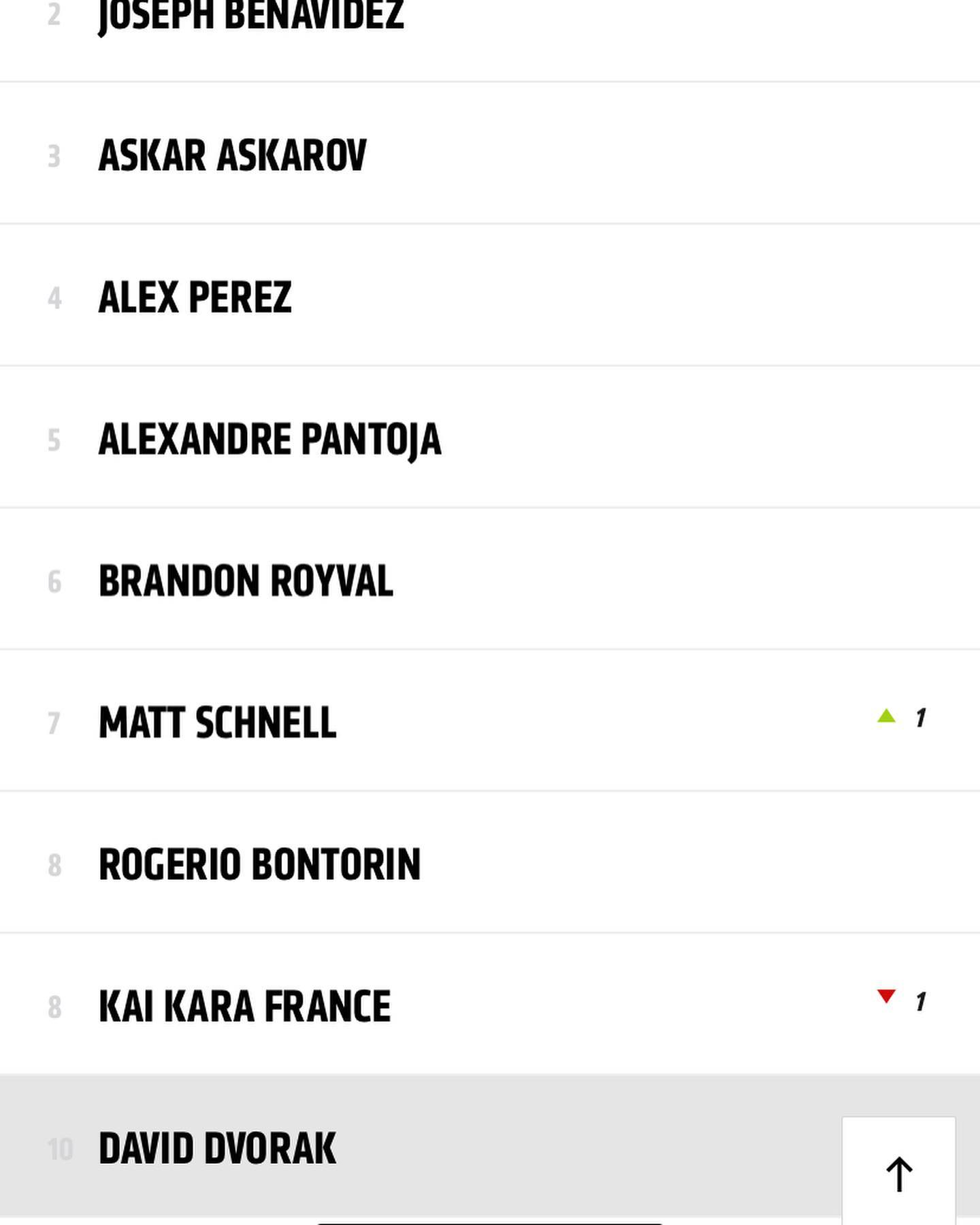 Great news for David Dvořák and all Czech fans came from the UFC. David has made an advancement and moved up to the tenth place. Until now, the only Czech fighter in a top ten spot was Jiří Procházka, who is currently in fifth place in the light heavyweight standings. UFC has moved up David from thirteenth to tenth in the standings. Why has UFC decided to do that is unclear, but it is likely that they have realised Dvořák’s potential and believes that he should be in the top 10 best fighters. David shared his achievement with his fans on Instagram. ‘I have been promoted to tenth place. It’s just a number, but I’m proud. From the small town of Hradec Králové to the top of the world. Thank you all for your support.’

Money and the life of a UFC fighter

There have been a number of claims about fighters earning huge amounts of money. David Dvořák told as about his financ...

David becomes a new addition to the Oktagon MMA organisation. This happens after leaving XFN, which has not been meeting...