His rival there was a local, Brazilian Bruno Silva. David knew he would be facing not only the climate he was not used to, but also the homeland of his rival. The atmosphere of the fight was all the more unusual because, in the end, for safety reasons related to the coronavirus pandemics, the fight took place in an empty hall without audience. Instead of bursts of applause and fans` cheering the hall strongly echoed only the commands of coaches.

The fight was not easy for David, collecting a hard kick on his chin in the first round and ending up on the ground where the Brazilian held him. But as we already know, no one is as stubborn as David is. The incredible support of his team and the real desire for victory put him back on track in the second round.

In the second round he was in control of the situation, he was more active, he threw the opponent himself and gained points on the ground. He went to the third round breathless and as he said himself, he had never experienced such an extreme. “These are the three minutes of your life!” his coaches yelled, and he knew it would be then or never. Even though you could see fatigue taking over him, he kept using kicks and knees. It took entire 15 minutes, after which David had to lean against the cage.

Only two minutes later, however, he heard what he always dreamt of. In a challenging, three-round fight he eventually won by decision. The Undertaker buried his rival in his very first UFC fight! This is how he at the same time broke the curse of first fights of Czech fighters in the UFC and became a part of the MMA history at the age of 27. 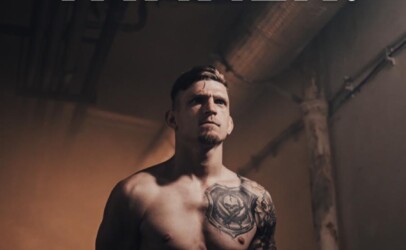 Dvořák rises through the ranks as he edges towards TOP 10!

David Dvořák is just behind the TOP 10 fighters in flyweight in 11th place. The fighter from Hradec Králové manage t...

David Undertaker Dvorak, a flyweight MMA fighter, is fulfilling his dream and celebrates a fantastic career success. He ...