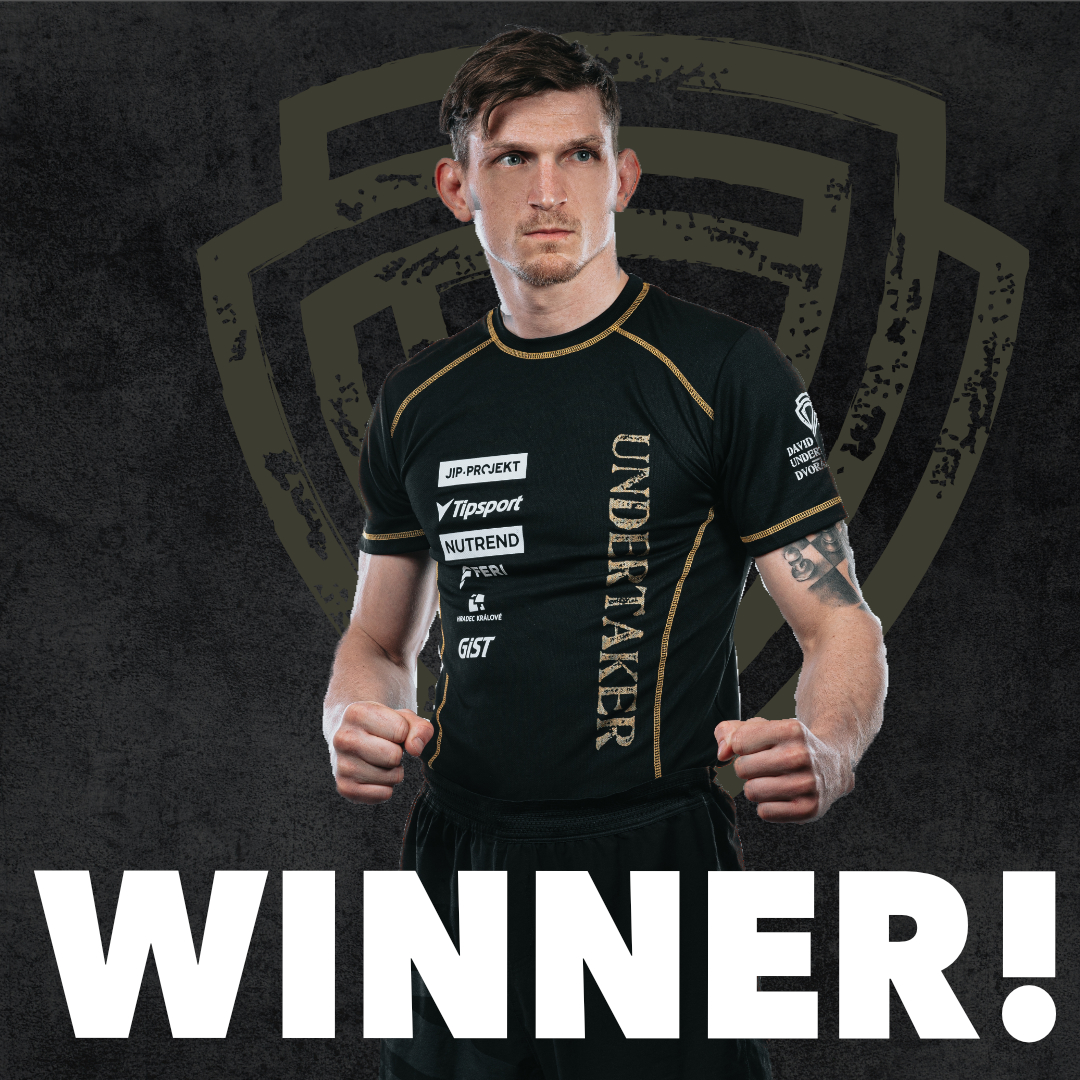 Las Vegas, 22.5.2021 – The Czech fighter David Dvořák has won his third UFC fight in a row. The twenty-eight-year-old fighter from Hradec Králové defeated Juancamilo Ronderos from Columbia by submission after two minutes and eighteen seconds on UFC Fight Night: Font vs. Garbrandt in the Apex Center in Las Vegas.

David beat the twenty-six-year-old Colombian from Bogota by submission after a quick and dominant display, even though he only learned that he would be fighting him a day before the fight. His initial opponent Raulian Paiva from Brazil was hospitalized due to a weight cut. Dvořák is expected to break into TOP 10 flyweight fighters.

Dvořák, nicknamed Undertaker, is known for his thorough tactical preparations and, all of a sudden, he was facing an unknown fighter Ronderos, for whom it was the first outing in UFC. Ronderos had won his four previous professional fights in a row in an American organisation Warrior Xtreme Cagefighting (WXC).

‘It was very difficult. For three months I have been preparing for a taller Thai boxer, and suddenly I was facing a smaller, left-handed wrestler.’ said Dvořák, who won his first two UFC fights by unanimous decision. Last year in September he has beaten Jordan Espinosa from the USA and in March David has beaten Bruno Silva on his home ground in Brazil.

‘It was a shock for us,’ admitted Jakub Kašpar, one of Dvořák’s coaches, after they learned just hours before the fight that Paiva wouldn’t be fighting. Together with the other team members, who are Jan Maršálek and Patrik Kincl, an active MMA fighter himself, they had to consider whether to take the fight or not. ‘We didn’t even tell David and sort of made the decision for him. He is experienced, very well prepared and in a great shape to win.’ Kašpar said.

And Dvořák delivered. He walked into the cage wearing a Czech flag and with a fighting spirit. He was cautious at first, waiting for Ronderos to show his cards. The Colombian tried a few punches and eventually tried a takedown, but failed. In the second minute of the fight, Dvořák took the initiative. He landed two direct strikes and eventually manage to get behind his opponent and started strangling him. Ronderos tried to escape, but there was very little he could do. The tap came and the fight was over. ‘I managed to get a very good grip of him, therefore I didn’t even need the second hand.’ Dvořák smiled, who is adding his sixteenth win in a row to his tally.

Right after the fight Dvořák adressed Paiva. It was very clear that he was still angry with him for not making the fight. Not meeting the weight hasn’t happened to him for the first time.

‘I feel very angry with him. It’s very unprofessional. I would understand if it was the first time, but this is his second fight where he didn’t meet the weight. I even heard that it’s been the third time. This guy is huge, he has no business being in the flyweight.’ said the Czech fighter about the Brazilian. ‘I don’t care about him, I don’t want to hear about him anymore. He’ll be lucky if UFC let him fight in a higher weight category.’

Anyway, David Dvořák has succeeded in his third UFC outing. Who his next opponent will be is unclear. ‘I have no idea who will be next. I had some names on my mind, but those were only relevant had I beaten Paiva.’ said Dvořák, who at least has the opportunity to negotiate a better contract in UFC after his third win. His current one only has one more fight left. Dvořák would like to fight again this year, most likely in October or November.

David met the weight limit. He is fighting tonight.

David Dvořák completed the weight check before his second fight in UFC. The hardest part of the preparations came to a...

His rival there was a local, Brazilian Bruno Silva. David knew he would be facing not only the climate he was not used t...